The Winner Is Yoo Sung Yeub 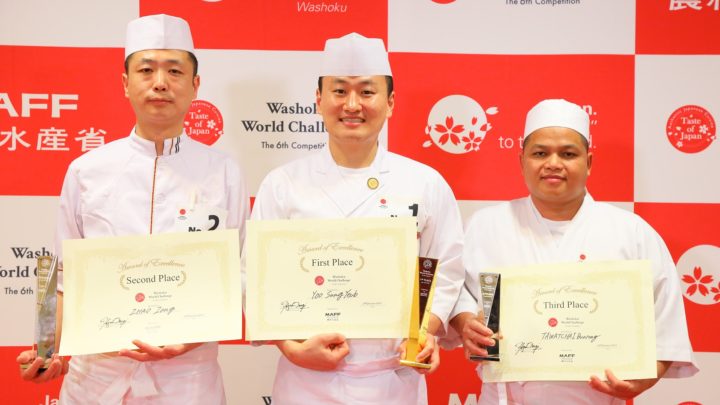 The ultimate Japanese cuisine battle between 6 chefs from around the world was held in Tokyo on January 28th (Mon.) and 29th (Tue.), 2019, with South Korean chef, Yoo Sung Yeub of KOJIMA winning the top prize.

Six chefs who had made it through qualifying tournaments held in Paris, New York, Los Angeles, Bangkok, and Osaka competed over two days, displaying their Japanese cooking skills and sensibilities, based on the competition’s main theme of “UMAMI” and this year’s theme, “IRODORI”.

According to the judges, “With the celebration of our sixth competition, the technique of our finalists has improved dramatically. In spreading Japanese food to the world, the goal is to create a variety of Japanese dishes that incorporate features from each country’s native cuisine, while taking into account the fundamentals of Japanese cooking, which is centered around UMAMI.” The judges added that, in deciding the winner, “We were able to evaluate the work of this year’s finalists based on these points, and Chef Yoo’s cooking was characterized by dishes with a high degree of difficulty, each of which was carefully crafted.”

Chef Yoo expressed his pleasure in winning and his desire to continue down the road of Japanese cuisine in the future, saying “I would like to thank the masters who gave me so much guidance. I hope to further polish my technique so that more people in my home country can enjoy authentic Japanese cuisine.”

THANK YOU VERY MUCH FOR ALL THE SUPPORT!!!